When the White House was Gutted 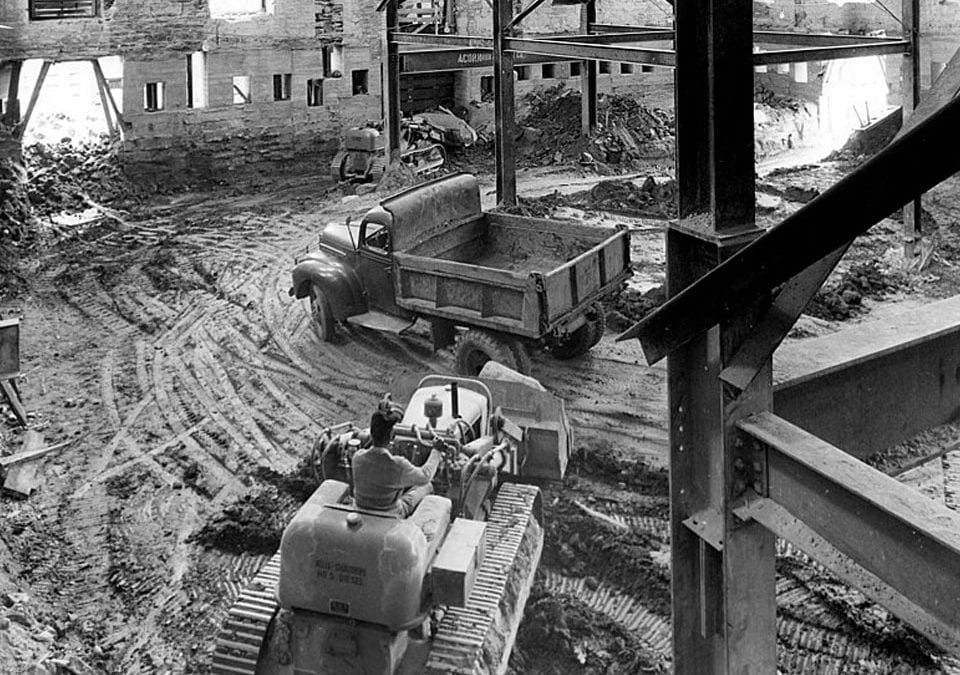 Back in 1948, President Harry S. Truman was elected to office and realized the White House was in an almost uninhabitable state and in need of a complete interior renovation.

According to National Journal, all of the 1948 holiday season social events at the White House were canceled because the building was declared as a hazard.

President Truman testified to Congress in 1949 that “It perhaps would be more economical from a purely financial standpoint to raze the building and to rebuild completely. In doing so, however, there would be destroyed a building of tremendous historical significance in the growth of the nation.”

The exterior was reinforced with newly poured concrete columns, while the interior of the building was completely gutted in 1950.

The National Mall in Washington, D.C. also used to have quite a different look and feel to it before all of the landmark buildings were in place.

Back in the 1860s, the Capital dome was nearing completion while work on the partially completed Washington Monument was on hold, and would not begin again until 1877.

In what would later become Constitution Avenue was an open canal filled with sewage where people dumped their waste.

This site uses Akismet to reduce spam. Learn how your comment data is processed.